It was nice to see a more lively airport terminal than the one I had seen in the evening. There is a really good energy at ICN. The terminal is spotlessly clean, with lots of open space, good lighting and a myriad of interesting features. I particularly like the little temple that overlooks the check in counters! 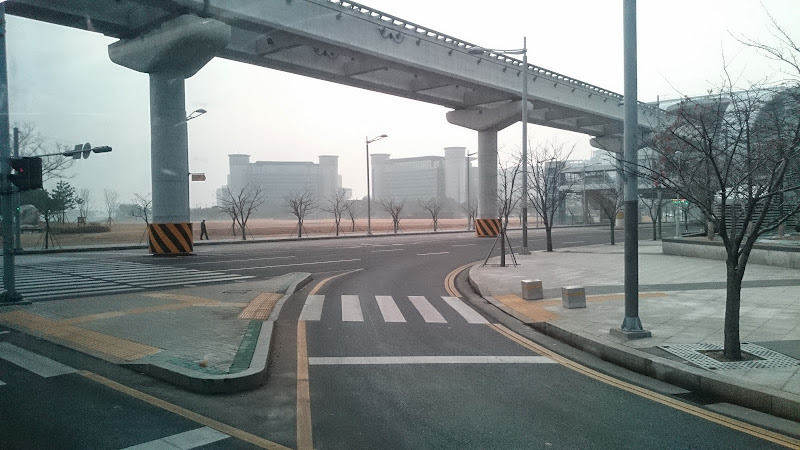 A bleak yet pristine winter’s morning in Incheon 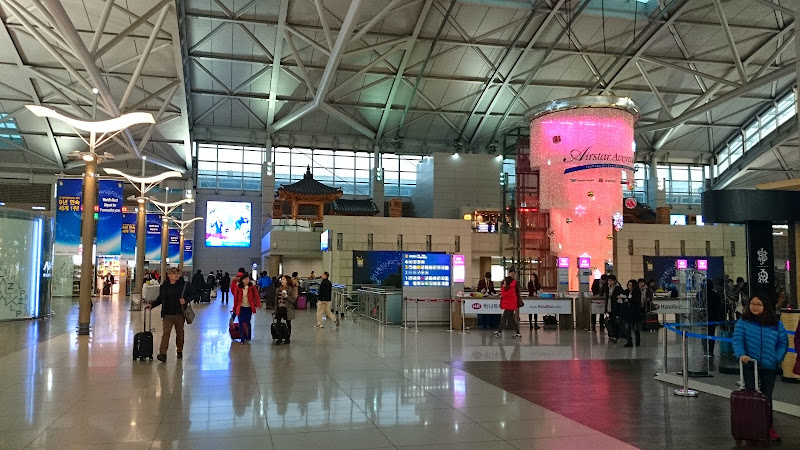 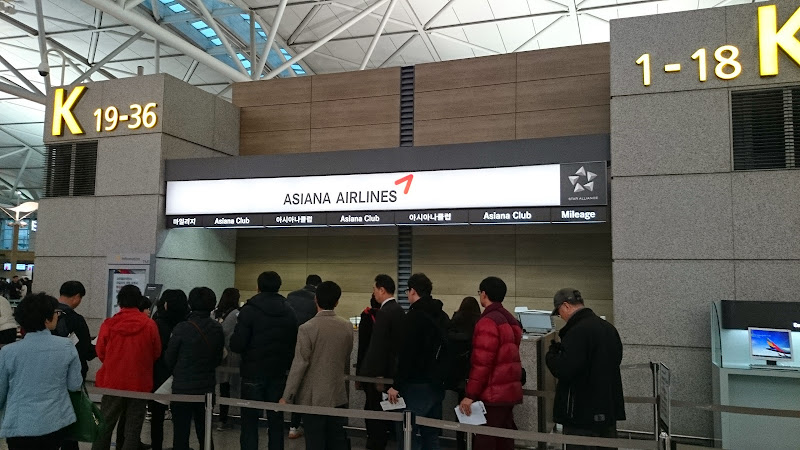 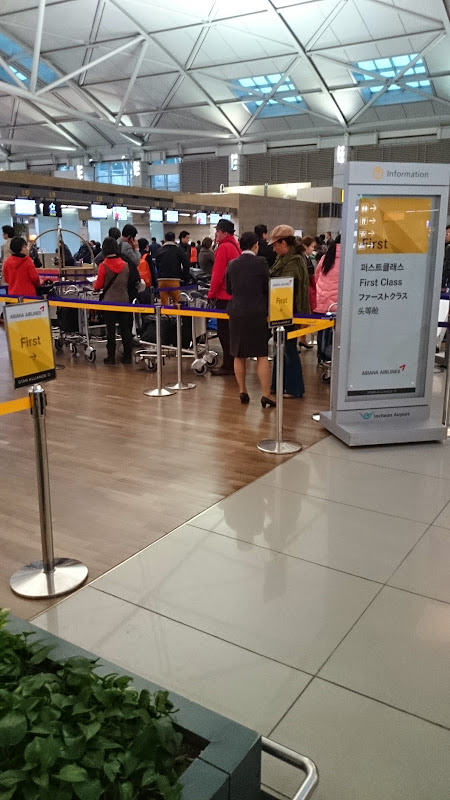 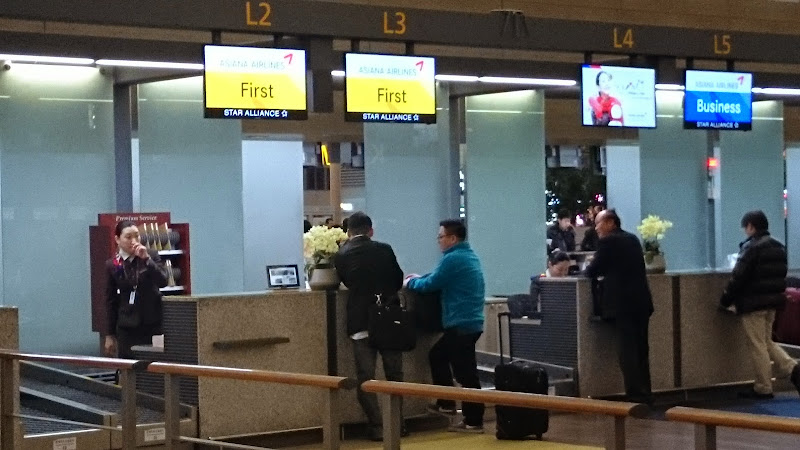 I was greeted warmly at the First Class check-in counter and proceeded to hand over my passport. At this point a received a bit of a shock. “I’m sorry sir, there is no First Class on flights to Tokyo”.

Thankfully a supervisor overheard this and immediately rushed over to say something in Korean and type away on the check-in agent’s computer.

“So sorry Mr Marcos, there is First class today”. She proceeded to place a seat plan on the counter and asked me which seat I would prefer. “Mr Marcos, you will be the only passenger in First Class today so you may choose any seat. Are you still happy with 1K”?

“That is some great news! Yes 1K is my favourite seat. Thanks”!

Then things got silly.

After typing for a couple more seconds, she once again apologised.
What could have gone wrong? Am I in First Class but they’ve only managed to cater a lacto-ovo, Halal baby meal?

She then hands this over: 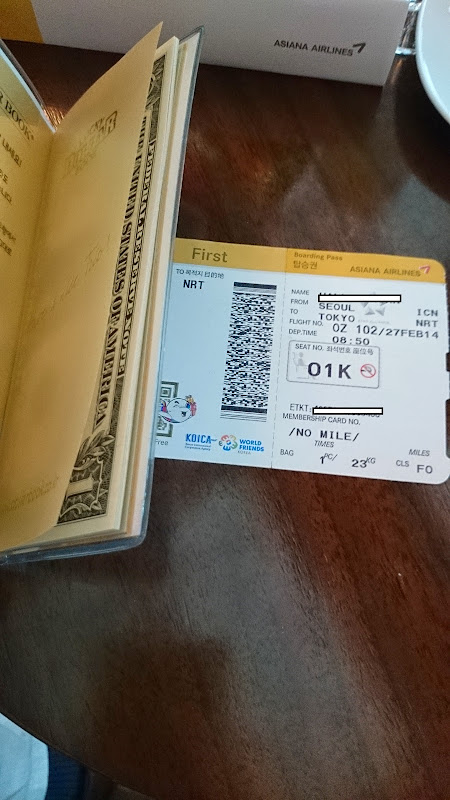 I can see the logic behind giving a small amount of dollar bills to premium passengers flying from a non-tipping Asian culture to the United States. However, the need for dollar bills is somewhat diminished when the country you are flying to has a service sector whose workers would rather defenestrate themselves than receive a tip of any kind.

Still, I was now happily beaming from ear to ear at the thought that I had not only flown into a country for the sole purpose of flying out of it, I now had the entire nose of a 747 to myself and a packet of free money to help me on my way.

There is no formal fast track at ICN but I was given something better. I had an assistant to walk me through the crew lane. The crew lane was filled with super cute, smiling cabin crew all grinning and bowing at me as I cut in front of them.

At the point where I had to put my tray through the scanner, a captain had just turned to put his tray down. I gestured to him to please put his tray ahead of mine but this guy was not having it. He motioned for me to place my tray ahead of his and would not take no for an answer… so I cut the security line in front of the Captain of an airplane. Another one for the bucket list.

Soon enough I was ready to explore the OZ F lounge. 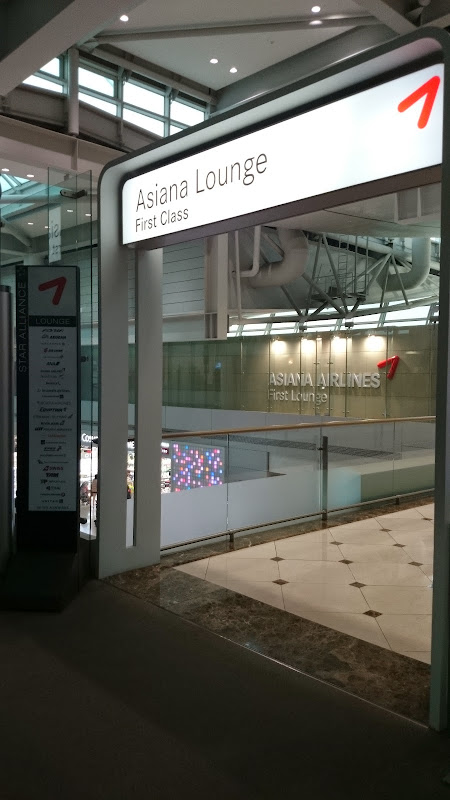 The lounge has a very calm atmosphere, with lots of natural light coming in from the apron facing windows. There is a grand piano in the middle of it, which when I was there seemed to serve as some form of magnetic monolith, drawing all the pax to sit near it. Hence me not photographing it. 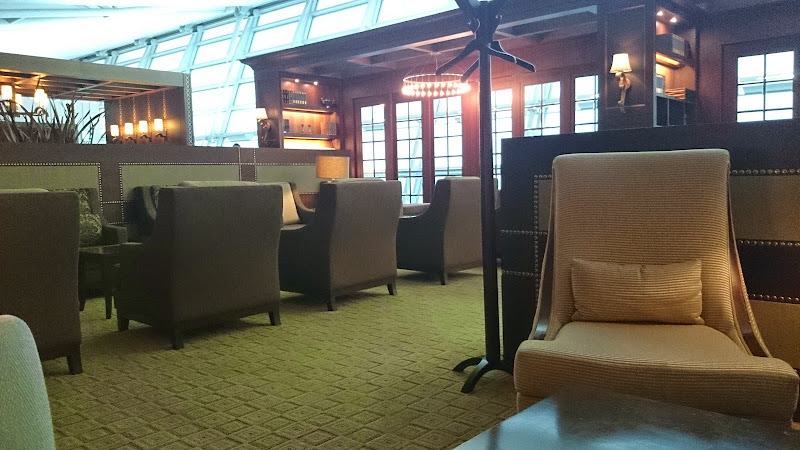 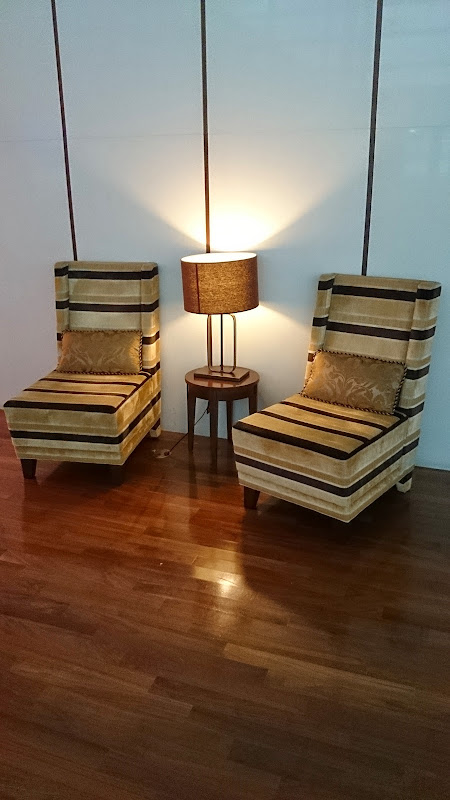 Still, I was happy to get a seat with an awesome view of the planes. 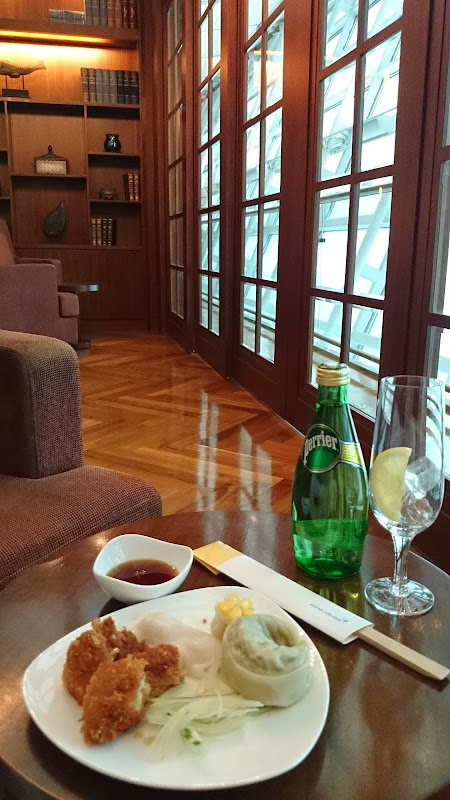 I managed to resist the bottle of JWB and stuck with sparkling water and coffee. 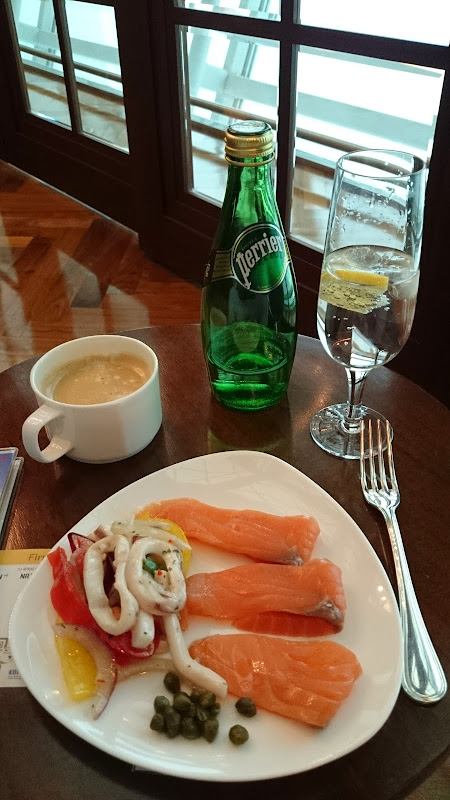 The OZ F lounge has a decent selection of food and beverages but is certainly not worth arriving massively early for. Any more than 2 hours here and you could get bored. Besides, there is an ice skating rink, museum and a cinema at ICN so its not like there aren’t other things you could be doing on a short layover.

On my way to the gate I realised that I had managed to not only not spend any of my money in Korea, I had actually gotten into a ludicrous position of being fed and watered on multiple occasions yet somehow leaving with more money than I arrived with.

So, I decided to invest in a couple of small Korean vases in a duty free shop. They now take pride of place on our book cabinet at home, a lifelong reminder of this amazing trip.